What do Flamingos eat?

Flamingos filter-feed on brine shrimp and blue-green algae as well as larva, small insects, mollusks and crustaceans making them omnivores. Their bills are specially adapted to separate mud and silt from the food they eat, and are uniquely used upside-down. The filtering of food items is assisted by hairy structures called lamellae, which line the mandibles, and the large, rough-surfaced tongue. The pink or reddish color of flamingos comes from carotenoids in their diet of animal and plant plankton. American flamingos are a brighter red color because of the beta carotene availability in their food while the lesser flamingos are a paler pink due to ingesting a smaller amount of this pigment . These carotenoids are broken down into pigments by liver enzymes. The source of this varies by species, and affects the saturation of color. Flamingos whose sole diet is blue-green algae are darker in color compared to those which get it second-hand (e.g. from animals that have digested blue-green algae) 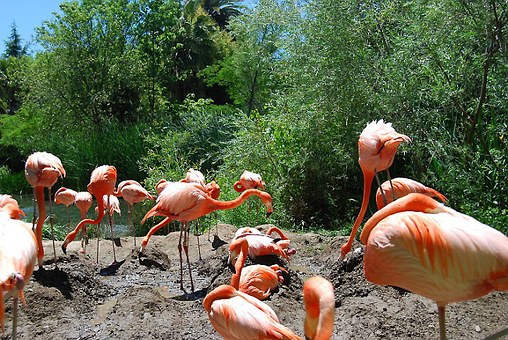 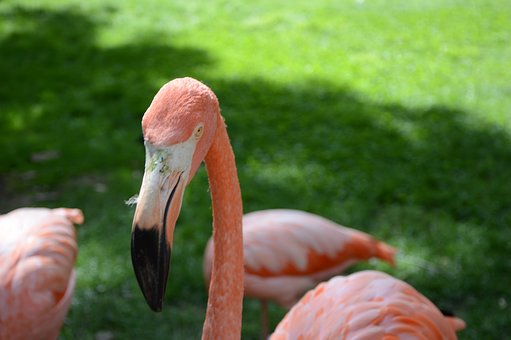 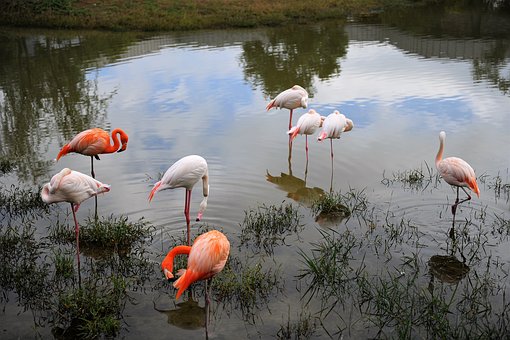 Where do Flamingos live?